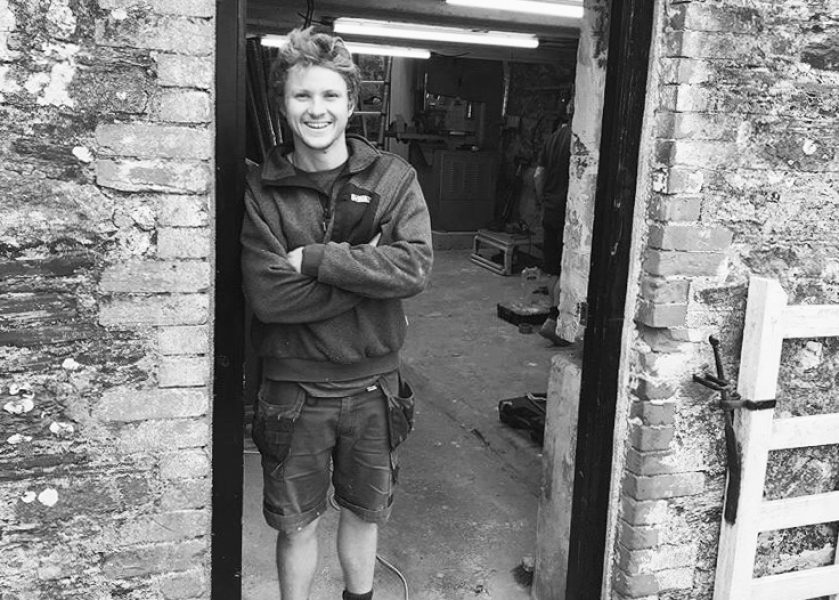 Jack came through our twelve month designer/maker course in 2016. He arrived with some hands-on experience and left with an amazing arsenal of furniture in his portfolio. His experience prior to joining was predominantly site work but Rowden moved Jack’s knowledge and his making to a new level. His final project won various awards, including first prize at Somerset Guild Annual Furniture Prize.

Through Rowden, Jack was commissioned by an interior design client in London as his course concluded. He was able to take advantage of our Post Graduate POD to take on this commission, making an exquisite desk. The desk went out the door and Jack followed soon after, employed by one of the major cabinetmaking workshops, before setting up on his own terms as Jack Benjamin Furniture.

'I truly had one of the best years of my life, meeting so many amazing people and sharing unforgettable experiences.'